Tempo or speed change settings range from 20% to 150 %. Pitch change settings are done in increments of a semitone and range 12 semitones or one octave in each direction. ASD also has a built in equalizer and a loop editor. A screen capture appears below. 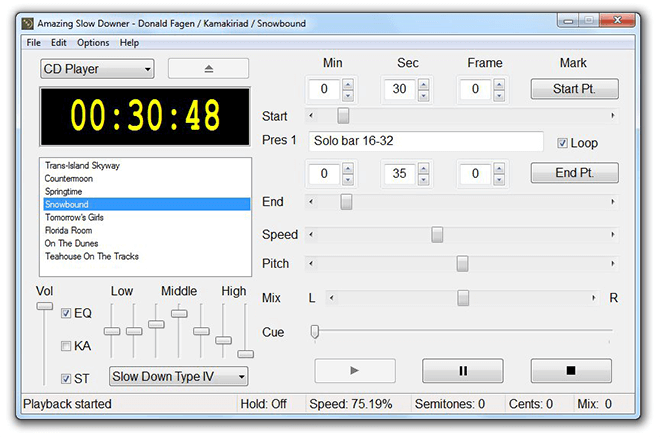 Amazing Slow Downer (ASD) has excellent sound quality with pitch and tempo change... that is its strong point. However, the main user interface is somewhat confusing. It has no wav form editing capabilities and no ability to insert multiple loop areas. Also, it does not detect, key, tempo or chords, all features found in both versions of Song Surgeon

The new release of Song Surgeon, Version 5.0, contains dramatic changes and improvements from earlier versions. The table which follows highlights the differences between Song Surgeon Version 5, Standard and Pro vs. Amazing Slow Downer.