Welcome Guitarists. While we boast almost 40 different instruments among our Song Surgeon customer base, the single largest group are those you that play guitar. So whether you play accoutic, electric or bass, or whether your genre is old time rock and roll, punk, shred, classical, or jazz, the following information will be helpful.

"I spent a lot of my younger years listening intently to the records and cassette tapes (yes, tapes...CD's came out many years later).Slowing down the recordings was my secret sauce for learning note-for-note accurate solo's. Back then I used an old analog turn table (aka a record player) to slow down my vinyl records. Today I use Song Surgeon to slow down my recordings. I also use it to grab audio files from Youtube videos and the new Speed Trainer function is awesome for getting a Song, Riff or Lick from a crawl to full speed effortlessly" 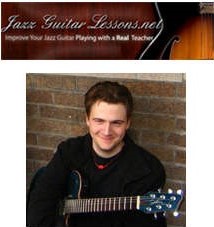 "The ability to hear, again, the same passage of music in a loop is the mother of all ,usical memorization: I recommend it to all my students, Learning what great players of the past played if of utmost importance for all up and coming jazz guitarist. On top of it, if you have the option to play back melodies and chords slowed down to a place where you can really understand and hear everything, that's a big bonus! It's like driving slower to enjoy the scenery.

I have used several "slowdown and loops" software and Song Surgeon is by far the simplest and most efficient product." 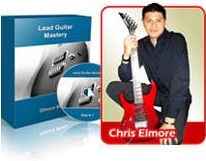 Being able to slow down music is a vital piece of the puzzle when it comes to learning to play your favorite songs on the guitar. most people either listen and try to play along... or hop online only to find sketchy tabs or worse, different tab versions and not know which one is right?

But finally being able to slow down the actual song orself using a piece of software... this gives the aver-age guitarist an amazing edge. I still remember pressing the rewind button a gazillion times on my parent's cassette player in order to learn a simple lead before we went out on stage. It was a nightmare and took forever, but now if you're able to slow down a particular song (or even just a segment)... that would be awesome and make it so much easier to get ahead as a guitarists.

When I began teaching myself to play lead guitar some 40 years ago, there was only one way to do it: learn the licks and riffs that the guitar Gors of the day were playing. Unfortunately, there were no learning tools for that process back then except to buy the record and spend hundreds of hours literally playing one area of the song by picking up the tone arm and placing down on that important riff section over and over and over again until you git it right. To help slow the riff down we had to rub one hand against the record to slow down the turntable motor so you could heart it better.

TODAY it is as easy as tying a Velcro shoe. With the use of computer software, all you have to do is open the song file, slow down the lead sample and loop it till the end of time and you got it. Plus, you can changeeht key of the lick with or without changing the tempo. The possibilities are endless and provide a means for immediate accomplishment.

By the way, if you are interested in the best software out there for doing all these new things I mentioned above, go check out a product called SONGSURGEON. I use it as a teacher and a performer and it works effortlessly for me. I can learn my licks and prepare mu lessons in no time flat.

Before we discuss, "Why Song Surgeon?", let's back up a step and answer the more basic question, "Why slow down?" As a guitarist, you know that playing a note on guitar is not a simple striking of a key like it is on a piano. There are hammer-ons, pull-offs, slides, bends, palm muting, and more. So playing something on a guitar is much more complex than playing a specific note.

When you are trying to learn a new riff, solo, or song and you don't have the sheet music, you need to know not only what note is being played, but the nuances of how it is being played: slide, bend, hammer-on, etc. If you can't hear EXACTLY what is being played, you haven't a chance of playing it correctly. It would be analogous to try to sing a song without knowing the words. Slowing down the music or song allows you to hear what you need to hear, thus allowing you to learn easily and quickly.

About 8 years ago, we surveyed a group of guitarists who were using a guitar lessons program that featured guitar riffs provided at full speed and half speed, and in which the audio could be looped continuously. We asked these musicians to estimate the value of having this slowed down audio. What they told us surprised us; in fact, shocked us. The respondents, on average, said slowing down the music helped increase their learning by over 600% , with the range being 2 to 10 fold. Wow!

If you want even more evidence, go to Google and do key word searches with phrases like "slow down guitar music" or lessons. You'll be amazed at the number of search returns. For example, the search phrase, "slow down guitar lesson" returns 102 million results. Clearly there are a whole lot of people that recognize the value

Having answered the more fundamental question of the value of slowing down, let's now take a look at the next question which is: Why Song Surgeon? We don't have space here to go into all of the reasons, so let's focus on 3 or 4 of the main reasons.

The first reason is its looping functionality. What makes slow-downers so powerful is the ability to slow down the part or parts of a song that you want to work on. Song Surgeon has the best looping functionality of any slowdowner. Song Surgeon allows you to set up an infinite number of loops, so if you have a song that has multiple areas that you want to work on, you can easily create all the looping areas needed. Secondly, Song Surgeon allows you to customize each loop separately. That means that that you can set the tempo of one to 50%, the next to 70%, and the last to 25%. Moreover, each loop can be further customized so you can designate the area to loop infinitely, or you can tell it to loop X number of times. You can also set each looping area to delay before repeating to give your hands time to regroup before it starts to play again. Lastly, in Version 4, Song Surgeon now contains a looping function we call Speed Trainer. This allows you to set a beginning and ending tempo along with a percent change. Speed Trainer will then loop and automatically increase the speed by your designated amount. There is no other similar music software that has all of these features built into its looping functioning.

There is also Song Surgeon's terrific sound quality to consider. We have received comments from users who tell us that the sound quality after key or tempo change in Song Surgeon is better than some of the high-end recording software that costs hundreds or even thousands of dollars. For the average user on the average song, this sound quality may not be a big issue, but once you get to 50% or lower you begin to hear distortion in many audio slow-downers. If you think about it, 50% is a significant change in tempo, and many guitarists use it as their default starting point, but in many cases they find they need to decrease the tempo well below 50%. That is the area that Song Surgeon's superior sound quality will really be of benefit. It all goes back to the idea of needing to hear each note and the nuances of how it is played. If the distortion at 40% or 30% tempo doesn't allow you to hear what is being played, then your slow-downer isn't helping you out. In Song Surgeon, we actually provide 2 different sound algorithms to help you maximize sound quality.

Other Features and Benefits

The last reason is plural, and that is Song Surgeon's many other features when compared to other slow down music products. We have two versions, a Standard and a Pro. Many guitarists find the Standard version does all they need it to and more with its ability to change key, export and make changes permanent and portable, 9 band eq, and vocal reduction, but the Pro version is loaded with many more features such as the ability to download audio from the internet from thousands of sites like Youtube, a 31 band EQ, Music Pad for storage of tabs and notes, batch file converter, and of course its many wav editing features which allow you to create your own customized guitar lessons.

Is Song Surgeon for you? The best way for you to find out is to take our fully functional (Pro) version for a test drive and find out for yourself. This demo does not have a date limit but it does have a time limit. It will allow you four hours of run time, so if you are not using it, please close it (don't just minimize it) to preserve your time. That way, whether you have time tomorrow, next week, or next month, you will still be able to try it out for yourself. 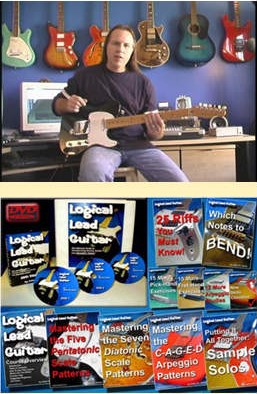 There are toys out there created specifically for slowing down music. There's a cool one sold in a lot of music stores that allows you to pop in a CD, plug in your guitar, and play. Unfortunately, it retails for $129 or more. Honestly, I think that's a bit much for an overblown CD player. There's another one out there that does the same with mp3s, but it runs like $300.

I've got a better idea: Check out this new software called Song Surgeon. Song Surgeon does everything my $399 copy of Acid Pro or that overpriced CD player does as far as slowing down a song, or a part of a song, and keeping it in pitch so you don't have to struggle the way I had to struggle through the years. It also allows you to loop a short section, so you can just listen to and play along with the one really hard part of a song over and over until you get it right. It's an awesome tool, and it sells for a fraction of the price of Acid Pro or that device they sell in a few music stores.

I've used Song Surgeon and it's an awesome tool for any musician. If you're serious about learning guitar - especially if you're frustrated by trying to learn or keep up with the songs your favorite artist plays - you've got to get a copy of Song Surgeon.