Looping has been around for some time now and has been used by everyone from the world-changing band, The Beatles, to singer/songwriter, Howie Day. Many bands and artists use song- looping. The Beatles experimented with tape loops during some of their early psychedelic works. Solo artist, Howie Day, also uses looping to accompany himself when playing live, and one of hip-hop's pioneer DJ's, Grandmaster Flash, has been using pre-recorded loops for years and has incorporated it into his use of turntables.

So, 'what is a loop?' you ask. The word 'loop' can be defined in many different ways, but the loop to which I am referring is a short section of a music track which is repeated. A loop is not any sample; rather, it is specifically a small section of sound that's repeated continuously. In this case, creating music loops from songs, recordings in wav and mp3 formats becomes extremely helpful to anyone who plays an instrument. 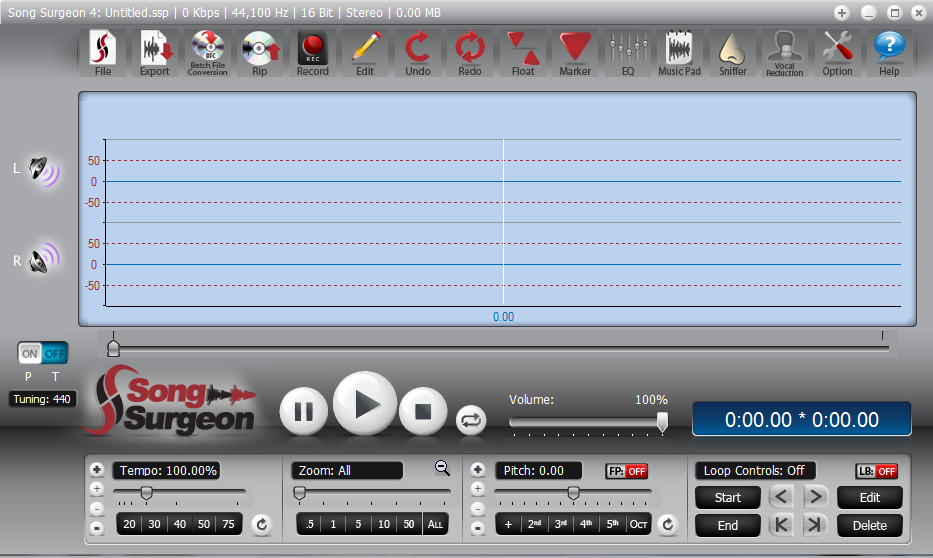 Song Surgeon enables you to create practice loops of a particular segment of a song such as a solo, slow it down, and then play or loop it continuously.

Anyone who has tried to learn a song that is played fast knows how difficult it is to hear all of the notes that are being played. Some of today's looping technology has been paired with other music technology that is capable of slowing down a song, making it possible to actually hear everything that is being played. Then being able to loop a section of a song adds convenience and takes away the stress of having to constantly rewind a tape or go backward on a CD.

Looping is modern, musical technology and a treat that many musicians take advantage of often in order to use, make, and learn music. Being able to loop that 30 second guitar solo that you have always wanted to learn how to play, but couldn't because of the speed, is a musician's dream come true! As music technology progresses, so does the talent of those who make music.