Below is a comparison review between Song Surgeon and Riffstation, sent to us by a customer that owns and uses both products.

One of Riffstation's few advantages over Song Surgeon was that it contained a chord detection module. With the release of Version 5 of Song Surgeon in early 2017, Song Surgeon now also has a chord detection feature. Beyond the reviewers comments, there are many other differences between the products which you can find summarized in the table on the bottom half of the page.

Both programs are able to slow down the music without changing its pitch, which is exactly what is needed to figure out the notes of guitar solos that are played with great speed such as by Johnny Winter. Song Surgeon is able to slow it down as much as you want but Riff Station can only slow it down to half speed. This is a significant disadvantage when trying to pick out nuances such as trace notes and slides between different hand positions on the fretboard. 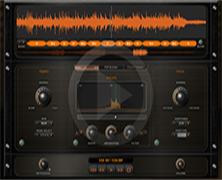 Another significant difference is the ability to quickly find the parts of songs that I want to analyze. With Song Surgeon I can grab the cursor and move it to anywhere in the song at random, but with Riff Station, I have to use the forward and rewind buttons to search the song sequentially. Song Surgeon also allows me to open any new song and begin working on it immediately, but in Riff Station, when I open a new song, I have to wait until the entire song is analyzed in a poor attempt to show me the chords being played. To be fair, I should mention that this chord analysis feature does seems to work correctly on mellow pop songs. It just doesn't work on the kind of music that I am trying to analyze, Johnny Winter style blues-rock. I could simply ignore this feature of Riff Station, but the wait time while it performs the incorrect analysis is very annoying.

The next most significant advantage of Song Surgeon over Riff Station is the looping feature. When trying to figure out the exact notes and even the exact hand positions, i.e. frets and strings, it often requires listening to the same section over and over again. Song Surgeon is designed to create loops which are played over and over again as often as needed. Riff Station has no comparable feature and that is surprising because this feature seems so fundamental. 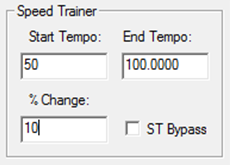 Related to the looping feature is the next most important advantage of Song Surgeon is Speed Trainer. After analyzing a section of guitar solo, the best way to learn to perform it is to play it repeatedly while still in the same loop, but starting at the slow analysis speed and gradually working up to the full speed of the song. In Song Surgeon, the loop can be edited to be played repeatedly at gradually increasing speeds. This is a wonderful feature. You have to try it for yourself to see how well it enables you to learn the music.

The last feature I want to mention is the built-in help documentation. I prefer working offline and I often need to use the help documentation to figure out the best way to do what I want to do. Riff Station, like many programs, requires internet access to read its help documentation, so if I am offline, then I have to get along without help. With Song Surgeon I can work offline, no problem.

Below is a comparison table between Song Surgeon and Riffstation. As you can see, Song Surgeon has many useful features not found in Riffstation, such as basic editing and recording, the ability to automatically create and insert a 4-beat click track, key detection, a sophisticated music scoring module, formant preservation, and much more.